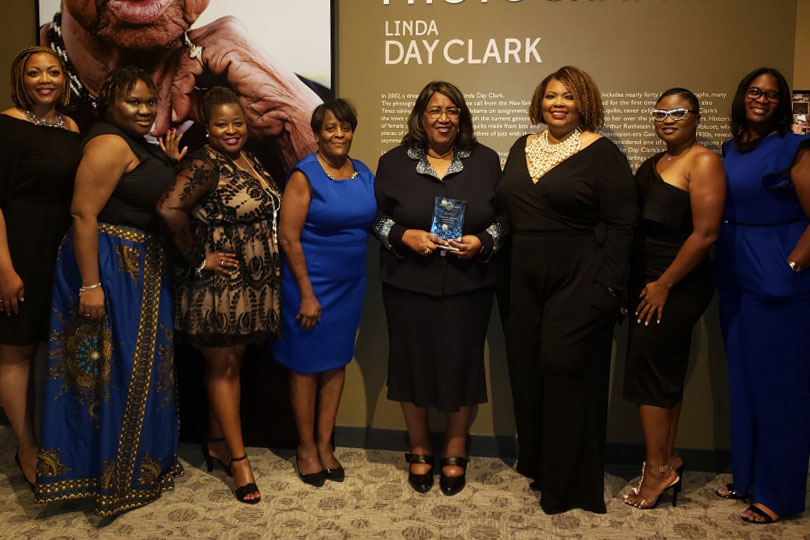 It’s not everyday that former students get to impact their alma mater the way Audrey Demps Franklin ’72 has effected Bennett College.

For the past 10 years as Executive Director of Alumnae Relations, Franklin has kept alumnae informed about campus goings-on and initiatives, encouraged them to support Bennett financially and otherwise and ensured that current Belles embrace Bennett while fully grasping the importance of giving back.

Suffice it to say, her efforts have not gone unnoticed. Franklin was recently named 2019 Alumni Director of the Year by the National Black College Alumni Hall of Fame Foundation. She will be formally recognized during a Sept. 27 ceremony in Atlanta.

“I’m not at all surprised that Audrey was chosen as the winner for this award,” said Deborah Tillman Love ’79, former President of the Bennett College National Alumnae Association. “Audrey works tirelessly to ensure that Bennett alumnae have what they need to enable them to support Bennett at all levels. Additionally, she’s a past NAA President so she knows how to handle the position from both angles. She’s great at her job, and I’m really happy that she’s being recognized in this most-deserving way.”

For her part, Franklin said she feels the award belongs to many — not just her.

“I know we do good work at Bennett, but it is nice when others recognize it,” Franklin said. “My first thought was it was not just me but the entire team of alums, including the National Alumnae Association, which makes my job so easy.”

Franklin enrolled at Bennett in 1968, leaving her hometown of Bartow, Florida, for Greensboro, a much larger city. At that time, she had no idea how integral she would become to Bennett. Nowadays, she spends her time working with Bennett’s 30 NAA chapters and its current students.

A no-nonsense, take-charge type of person, Franklin has been invaluable to Bennett because of her institutional knowledge, her deep connections in the Greensboro area and her penchant for knowing how to organize events — down to the most minute details. And if she doesn’t have the solution to a problem, rest assured she will find one.

Even so, Franklin said she was surprised to win the award but hopes the judges considered the impact she tries to have on students when they chose her for it.

“I do a lot with the students in preparing them to become active alums who keep in touch with Bennett as soon as they graduate,” Franklin said. “It’s not always about money, but it’s also about loving your school and wanting the best for it.”

Although she has worked in Alumnae Relations for 10 years, Franklin has been at Bennett for more than 41 years in various capacities. She has worked in human resources, payroll and in other areas for the institution.

When asked why she’s been so successful at Bennett, Franklin didn’t hesitate.

Though she couldn’t foresee the extent of her impact at Bennett, Franklin said she always knew she’d be active in the BCNAA.

“I had a work-study assignment in the Office of Alumnae Affairs with the alumnae affairs director, Elease Colston,” she said. “She taught us all the value of being engaged with Bennett and how important it was to keep Bennett alive and in the forefront.”

Dedicated alumnae, Franklin said, keep her on her toes — all in the name of love for alma mater Bennett.

“Bennett alumnae are a strong group of women,” Franklin said. “They love their alma mater. When they think things are not going right, they have no problem letting you know. When they finish telling you what they think, they still give their time and treasures to Bennett.”

Just as she has done for 41 years and counting. 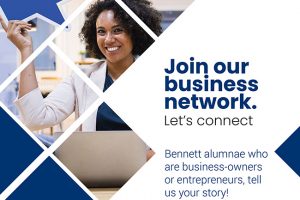 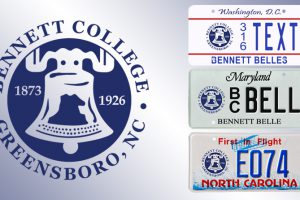 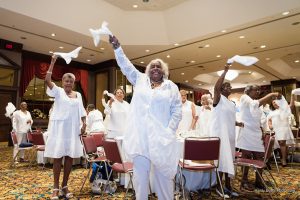