Home Bennett Inside 2018 Graduates Headed to China to Teach English 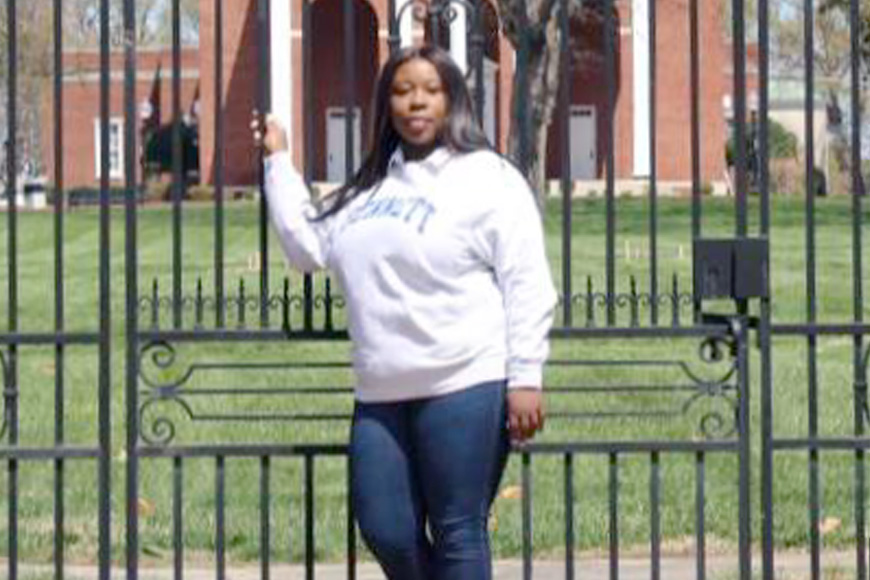 Kaylah Stevenson says while growing up in Philadelphia, she never really gave too much thought to traveling.

“I didn’t ever imagine leaving Philly until I came to Bennett,” Stevenson said. “But when I went on a summer trip in 2017 with President Dawkins to South Korea and saw the beauty in traveling, that’s when I decided I wanted to travel more and one day work abroad.”

One day is almost here.

On August 22, Stevenson and fellow May graduate Chelsea Tubbs leave for China – Stevenson to Beijing and Tubbs to Shanghai. They’re scheduled to teach for a year through EF English First, a program that, according to its website, “has been providing English language lessons for over 20 years in more than 300 English First schools across China, Russia and Indonesia.”

Naturally they’re thrilled about the venture.

“I’m beyond excited about this opportunity, which shows that no matter what people say, God always has the final say,” Stevenson said. “I’ll be in China for a year, but I plan on re-signing my contract for another year in a different country.”

Stevenson earned a bachelor’s degree in business administration, with a concentration in management and a minor in entrepreneurship, in May. She found out about Bennett on a college tour during her senior year at Upper Darby Senior High School.

“Bennett exceeded my expectations because black girls like me from single-parent households in Philadelphia rarely make it out,” Stevenson said. “Bennett taught me how to open up and showed me it’s okay to be vulnerable. I learned how to see things through and to never quit on myself. I also learned when people are rude and nasty to me, to show them love, kindness and support. And through relationships I maintained with professors, staff and some of my Bennett sisters, I learned how to effectively articulate and that presentation is key.”

At Bennett, Stevenson served as president of the Pre-Alumnae Council and as SGA secretary during her junior year. She also became a member of Delta Sigma Theta Sorority, Inc. Her biggest role model is her mother, Karen Stevenson, a nurse who constantly inspires her.

Among those helping to guide her at Bennett were Tammy McNeil, assistant professor, business and economics, and Tenille Foust, associate professor, visual arts and coordinator. The women are certain she’ll thrive in Asia.

“Kaylah is the type of student that you wish you could clone so you could always have her around,” said Foust. “Since her freshwoman year, I’ve seen her grow in ways that bring tears to my eyes. She’s the example that incoming freshwomen need to witness, to confirm that the way you enter Bennett is NOT the way you’ll leave. I’ve been blessed to see her blossom into a professional black woman.”

Stevenson worked with Foust on two productions she directed at Greensboro’s Barn Dinner Theatre and also served as Foust’s stage manager for numerous productions on campus.

“She was my wheel in the middle of a wheel when life was challenging me,” Foust said. “It did something to my heart when ‘life’ knocked on her door and she’d come to me for advice or just for me to serve as a listening ear. I wish Kaylah success unlike any other in China, and I’m certain she’ll represent Bennett well!”

Stevenson is working at Bennett this summer, splitting her time between the Institutional Advancement and Financial Aid offices. She’s also counting the days until she boards the first of two planes for what will ultimately be 14 hours of flying time.

“I’m still in the process of getting my work visa,” Stevenson said. “And we have to get our immunization shots through China’s medical system once we get there. I’m just living my best life and enjoying my last summer out of undergrad with my friends and family before I take off to go abroad. I’m thinking positively about my future, and I’m grateful to Bennett College for helping me get to this point.”