Home Bennett Inside Belles Do It All: Good grades, internships and travel abroad 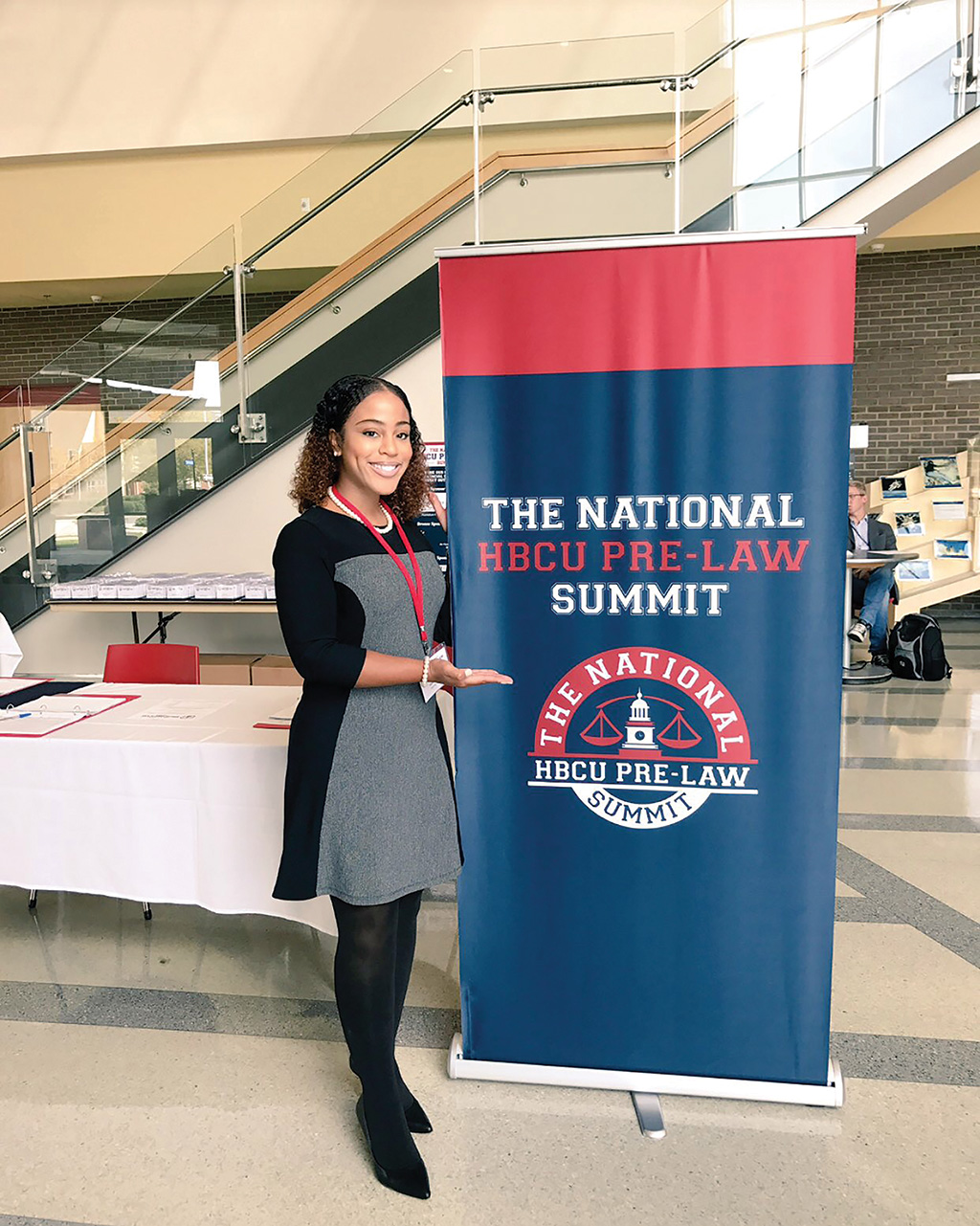 Ophelia Murray kept to herself as a student at Imhotep Institute Charter High School in Philadelphia, Pennsylvania.

“I’ve always been smart and I’ve always had potential, but I was afraid to be a leader,” Murray said. “When I got to Bennett I didn’t come out of my room my first year other than to go to class, the cafeteria or required events.”

Today Murray is Junior Class President and a member of Alpha Kappa Alpha Sorority, Inc. She’s Secretary General of the Model United Nations, a member of Sisters of Service and on Bennett’s quiz bowl team that will compete in the Honda Campus All-Star Challenge National Championship Tournament April 7-11 in Los Angeles.

Murray is among many Bennett Belles who credit Bennett for helping her not only to excel academically but also to become the leader she didn’t think she could be.

“Bennett College has definitely transformed me into a confident woman,” said Murray, whose cumulative GPA is just under 3.5. “Now I’m a leader. I’m out front and I feel good about it.”

Sophomore Carmen Acosta is a mathematics major who was born in the Dominican Republic but graduated from high school in Raleigh. Like Murray, she is taking full advantage of the numerous opportunities to grow and excel at Bennett. Acosta has a near-perfect 4.0 GPA and is a peer tutor, co-president of the Math & Computer Science Club and president of the Bennett chapter of Alpha Lambda Delta Honors Society.

Acosta and graduating senior Aaleah Lancaster, from Bryans Road, Maryland, were among 10 undergraduates chosen last summer – out of more than 120 applicants nationwide – for a paid, prestigious math/biology research experience for undergraduates at UNC Greensboro.

Acosta aspires to study abroad while she’s at Bennett and is trying to determine which semester would be best. Murray already has travelled abroad with a Bennett contingent that spent two weeks in China. This summer, she’ll intern at Nike in Portland, Oregon, in a position the Fortune 100 Company tailored for her.

Dr. Gwendolyn M. Bookman, chairwoman of the Department of Political Science and Sociology and an associate professor of political science, said Murray is on the road to success.

“Ophelia is an outstanding young woman, and I’m proud to claim her as a political science major,” Bookman said. “She’s an example of the best Bennett offers… I expect her to continue to excel!”

“My mom has demonstrated there are no boundaries in life, and whatever I want to do I can do,” Murray said. “When I was in middle school I took a fashion design illustration class at Moore College of Art & Design in Philly, and my senior year I took art classes at Temple University and got to do a show of the art I’d created.”

The strong backing Murray received at home has been positively reinforced at Bennett where professors willingly work with students to ensure they remain on successful paths.

“I’d always been interested in other cultures because my mother is an ESL teacher and would come home and tell me stories about different cultures,” Murray said. “But when I got to Bennett, Dr. Bookman mentioned the free passport program and encouraged me to apply to study abroad.”

Likewise, Dr. Santiba Campbell, an assistant professor of psychology and the director of General Education, has had a huge impact on Murray.

“I took Dr. Campbell’s honors course last year and … it really helped me become a better researcher and a better student,” Murray said. “She’d always tell me to dig deeper and push me to get past my comfort zone and get past my boundaries.”

Murray used Campbell’s motivation to launch her successful campaign for class president, with “Dig Deep” as her platform.

“I think Dr. Dawkins is a wonderful president,” Murray said. “She’s very personable. She always give us hugs and asks us how our day’s going.”

This summer Murray will participate in Nike’s Global Marketing Specialist internship program. It typically concentrates on marketing; however, Nike officials are allowing Murray, an aspiring lawyer, to spend two days a week in the legal department.

“They contacted me last year,” Murray said. “The woman who called said Nike was impressed by my accomplishments. I’m super excited about the internship … I’m from the inner-city in Philadelphia, where not many kids get the opportunity to go to a big company like Nike.”

“Ophelia is a bright young lady. She’s organized, very caring and takes her academics seriously,” Vieira said. “She also cares about other people’s well-being. I always knew she was going to do well.”