Home Bennett Inside Bennett Helped Me to Discover Me 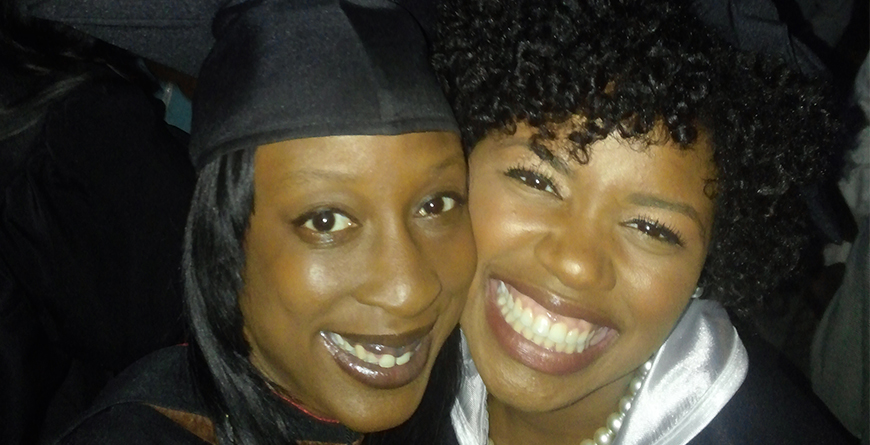 My name is Justine Ryan and I am a double major in Theatre (Bachelors in Fine Arts) and Interdisciplinary Studies with a concentration in global studies and conflict resolution from Richmond, Virginia. My story at Bennett starts off different from most. I originally started my college education at Mary Baldwin College in Staunton, Virginia. I was not pleased with being there. I knew that I wanted to be in college, but I knew Mary Baldwin was not the place for me. By the end of the Spring 2011, semester, I had applied and was accepted into Bennett College. Within a few days of being at Bennett, I was casted in my first play, “Steel Magnolias” and I was elected Miss Reynolds Hall. I quickly saw that Bennett was that place for me to thrive. I made friends and connections that I thought I would never make and I and blessed to have had that while at Bennett.

As a Theatre and Interdisciplinary Studies major at Bennett College, I have had a unique experience in my classes and interest at Bennett. When it comes to the theatre I received my first commercial job as a Tropical Roots Girl. I was able o see the ends and out of how a Commercial is filmed and the time it takes to set up everything. This was during my first three months of my matriculation at Bennett College. The theatre department has shown me that there are so many outlets besides just theatre but have also shown me how television, films and print work works. With my Interdisciplinary Studies Degree, I have learned that my interest lye in how other cultures function with issues. I am very interested in how The United Nation works and it purposes a lot about the world and how things are running abroad. I have realized that y interest are the powerhouse to why I have matriculated so well at Bennett College and it also shows that in some way Bennett how helped power my interest and has helped me succeed in my goals while I am here.

With finding your interest, you also find out what your strength and weaknesses are. I have definitely discovered that here at Bennett. When it comes to my strengths I am a very strong, actress and singer and I have a bubbly personality that helps me when it comes to character connections but the biggest strength that I have gained while at Bennett College is the power of understanding. This plays into theatre because I may have to play a character that I may not have much in common with but because I have learned how to understand why the character is a certain way then I am able to make a connection, thus being able to portray the character correctly. The power of understanding also helps tremendously when it comes to global studies and conflict resolution. Understanding cultures is a big issue in the world because there is a lack of it. When you are able to understand why some cultures are a certain way you can see that your culture is very different and similar at the same time. In conflict resolution, you are able to make the right decision or help with decision making by understanding both sides of the argument. I learned this while participating in the Model United Nation at the college level because I would have to research a country and learn what role they play in the United Nations. During my senior year, I had the chance to serve as Secretary General which means, I ran the entire conference and that the Emergency Session was created by me.

Now, when it comes to my weaknesses I have a major one. Procrastination. Like this paper, I have waited until the last minute to write it. This is definitely a trait I want to loose before I graduate from Bennett College. Although I am a great student I can say that I would be a greater student if I just started and completed my work before the due date. There have been many nights where I have burned the midnight oil starting and finishing a five-page paper that is due that morning. It has become a slight addiction and issue while I have matriculated at Bennett College. If I can get over this weakness, getting work finished will not longer be an issue for me and I will be able to confidently turn in my papers instead of praying I can at least get a B+ on the paper when I have the ability to write A+ papers.

Being a leader on campus can be an image thing. For example, if your Bennett Sisters’ see you doing well in your department then, they automatically assume you are a leader on campus. Leadership is sometimes a title that is given freely on the campus because there are different types of leaders on campus and only a few of them are praised amongst the student body. I feel that a leader is one that can work with others and lead others. You are always learning and ready to be better than you were the day before. In theatre, we are though to work together on stage and that there aren’t any small parts only small actors. I am still required to put in the same amount of dedication (if not more) as the lead or the person who has five lines to my two hundred. I have also learned that a leader delegates tasks to be done. This is when you are really put to the test as a leader because many times leaders do not know how to delegate tasks to others. By being able to that, you are fostering leadership in others. When you do this you help develop the leader in them and they will do the same for another. This will also feed into a global aspect because when we study or travel abroad you can see that that is how other cultures teach each other to be leaders, by giving them a job and expecting them to do well at it. Bennett has helped me become a leader on campus and in the world, but I do believe I have much more to learn from Bennett before I leave.

Bennett College has opened many doors for me and has shown me that after I graduate it is simply up to me to just choose a path. I have so many options to where I can go in life that I am not scared of what I can do, but I worry what I should do first. I know that I want to act and sing around the world and also work for the United Nations and hopefully become the President of The United States. My dreams seem pretty lofty, but I know I have the drive to do it! Bennett has taught me that I have the power to do anything that I want if I put my mind to it.

In conclusion, Now, Bennett is not a perfect place. She has had her imperfections from communication and sometimes the atmosphere. For example, the students have felt that we are not being prepared for the real world but for me it is different. During my matriculation at Bennett College, I have done so much that I believe that I would not have received at Mary Baldwin College. I have met so many people and created relationships with people that will last a lifetime. Bennett has taught me how to become a better me and how to use that to change the campus and the word. While I have been here I have also discovered my interest and how they shape what I want to do, my strengths and weakness and how I can grow from them, how my majors have prepared me for leadership on Bennett’s campus and globally and I have an endless list when it comes to my future plans in the world outside on Bennett College.

Justin Ryan graduated from Bennett College in 2015 and was a double major in interdisciplinary studies and in Theater. She is currently matriculating at the University of Cambridge in Cambridge, England, where she is working on a master’s degree in philosophy of education through the arts, creativity, education and culture.

Class of 2016: Making A Difference