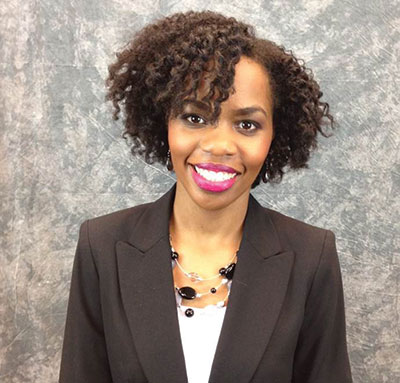 Dr. Willietta, Gibson, associate professor of biology at Bennett College, has spent the past seven years making her living at Bennett while simultaneously giving back and paying it forward for students throughout the Triad.

And that, Gibson said, is why she teaches.

“I feel like teaching is a way to help students ensure their career and their livelihood,” she said. “I feel like I’m making a difference in their lives by ensuring they’re reaching their future goals.”

Gibson, a native of Durham, North Carolina, hails from a family of scientists and science educators. Her mother is a retired math and science teacher. Her father is a former chemist. Both of her sisters chose STEM careers, with one earning an M.D. in pediatric nephrology and the other a Ph.D. in energy and mineral engineering.

“Education was strongly emphasized by our parents,” said Gibson. “And all of us went to a Historically Black College. We had a choice, but I wanted to go to an HBCU for undergrad.”

Gibson earned her B.S degree in Molecular Biology from Winston-Salem State University and her Ph.D. in Biomedical Science from the Medical University of South Carolina. She also completed a postdoctoral fellowship studying breast cancer treatments at the Biomanufacturing Research Institute and Technology Enterprise (BRITE) at North Carolina Central University.

After a stint teaching at Hampton University in Virginia, Gibson came home to North Carolina to teach at Bennett. It’s a smaller liberal arts institution, but Gibson recognizes its historical importance and the critical role it continues to play in educating future game changers.

“Even though Bennett is a small campus, you can make a great impact,” she said. “I like that its mission is to educate women and that I play a role in teaching and mentoring our future scientists and doctors.”

Gibson’s teaching and mentoring is not limited to Bennett. She has also given back and paid it forward through a program at her alma mater titled Girls Empowered in Math and Sciences, or GEMS. As part of the program, Gibson used strawberries to teach elementary and middle school students the fundamentals of DNA. She said they thoroughly enjoyed her presentation.

Gibson also spent part of her summer working with students in WSSU’s SURE (Summer Undergraduate for Research Experiences) program, and she taught in Bennett’s HBCU-UP Summer Academy. Sponsored by an NSF grant, HBCU-UP aims to strengthen STEM teaching and learning through the development and implementation of effective and innovative teaching and learning strategies with a thematic focus on Computational Science.

Gibson said she most likely would be a researcher had she not become an educator.

Still Gibson, a tenured Bennett professor, commits a significant portion of her life to research and has conducted research and published journal entries on both prostate and breast cancer research. Her research interests are examining breast cancer heath disparities in women of color and natural products that are chemo-preventative agents in cancers.

She currently serves as the Principal Investigator for a collaborative NSF grant with educators from North Carolina A&T State University and Elon University, titled Improving Undergraduate STEM Education. The researchers seek to improve laboratory instruction through implementation of case studies that emphasize the core scientific concepts students grapple with in class. From their research, the team has published several conference papers as well as an article in The Journal of Stem Education. Gibson said she recently submitted a case study that was accepted into a national science database, the Center for Case Studies Teaching in Sciences.

And while she understands the obstacles, she wishes the larger society would do more to instill in young students a love of STEM subjects.

“The lack of exposure to STEM opportunities at a young age and a lack of STEM role models and mentors are two of the biggest obstacles students face,” Gibson lamented. “A lot of students have intentions on becoming a doctor or a lawyer when they get to college because that’s what their family wants them to be or because those are the professions that are given more emphasis in schools.”

Though fictional, Gibson was thrilled to watch a young person of color holding her own as a researcher, inventor and multi-faceted STEM expert in the recent blockbuster movie, “Black Panther,” which featured many actors and actresses who graduated from Historically Black Colleges and Universities.

“Shuri was one of my favorite characters,” Gibson said. “Having an African-American female scientist on a big screen in a movie seen across the globe is extremely important for younger minority females to see.”

When asked about her most rewarding experiences as a Bennett educator, Gibson didn’t hesitate.

“When students go on to graduate school and come back and ask me for assistance, just seeing how much they’ve grown is priceless.”