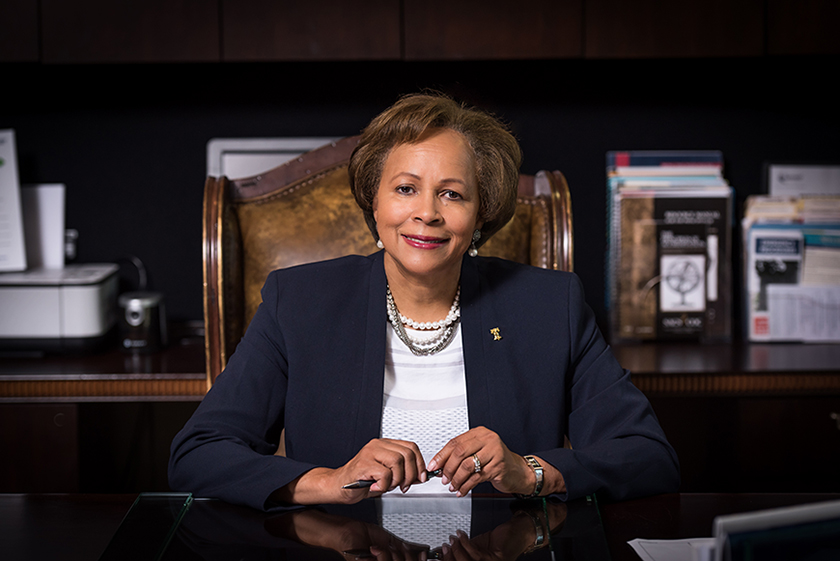 WINSTON-SALEM, N.C. – Bennett College President Dr. Phyllis Worthy Dawkins will serve on a panel titled HBCUs: Their Value, Their Mission, Their Future on May 10 inside the Benton Convention Center. The panel is the opening session for the two-day 2018 State of Black North Carolina Conference.

The Conference is the brainchild of Richard L. Williams, founder and convener, who is also publisher and editor-n-chief of Black Business Ink magazine, which is celebrating its 15-year anniversary.

The panel on which Dawkins will serve was slated as the Conference’s opening session because of the impact Historically Black Colleges and Universities have on so many aspects of the African-American community, Williams said.

“I’m really excited about the panel on HBCUs because I know how important they are to the fabric of American higher education,” said Williams, whose undergraduate degree is from N.C. A&T State University. “We have a talented group of panelists for what I’m confident will be a fantastic, thought-provoking discussion about HBCUs, and the beauty of the conference is the HBCU panel is just one of several dynamic panels to take place on May 10 and 11.”

Dawkins, whose undergraduate degree is from Johnson C. Smith University in Charlotte, said she looks forward to serving on the panel.

“I never miss an opportunity to discuss the importance of HBCUs,” Dawkins said. “Likewise, I bristle whenever I hear someone question their relevancy. Many of our country’s leaders got their start at Historically Black Colleges and Universities, and Bennett College has certainly produced her share of outstanding graduates who have had exemplary careers in various fields.”

Bennett College has experienced an increase in alumnae donations as well as an increase in enrollment since Dawkins became the Institution’s president on July 5, 2017. The College has also entered into several Memorandums of Understanding with other higher education institutions under Dawkins’ leadership.

And just last month with the assistance of UNCF officials and three members of Congress, Dawkins spearheaded legislation that was included in the Omnibus Appropriations Bill that gives Bennett a deferment on loan payments to the HBCU Capital Finance Program. The reprieve could allow the College to reallocate as much as $1 million annually for the next three years to help strengthen enrollment – a break that could extend to six years.

Before coming to Bennett as its provost and vice president for academic affairs in November 2015, Dawkins worked at several HBCUs, including Cheyney University in Cheyney, Pennsylvania, Dillard University in New Orleans, and Johnson C. Smith University.

Besides her panel participation, Dawkins has been selected as one of the Top 50 African-Americans in the Piedmont Triad by Black Business Ink magazine. Also included in the Top 50 is North Carolina Senator Dr. Gladys Ashe Robinson, a 1971 Bennett graduate and Chairwoman of Bennett’s Board of Trustees. They will be honored during a gala to kick off the Conference beginning at 7 p.m. on Wednesday, May 9, at The Stevens Center in Winston-Salem.

Additionally, Bennett College trustee Andrea Harris, co-founder and former president of the N.C. Institute of Minority Economic Development, will be honored during the Women’s Empowerment Awards Luncheon on Friday, May 11, at the Benton Convention Center.

For more information about the 2018 State of Black North Carolina Conference or to register, please go to https://www.eventbrite.com/e/2018-state-of-black-north-carolina-conference-registration-44109574926u.