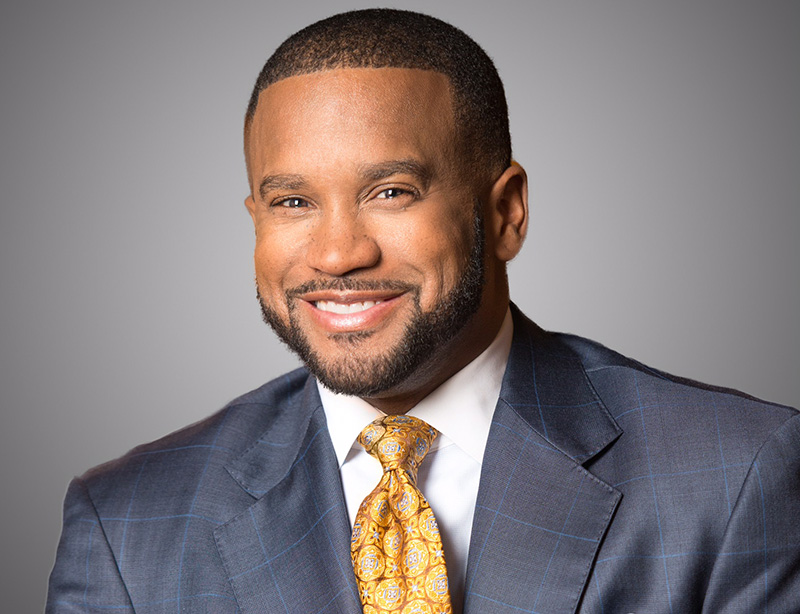 GREENSBORO, N.C. – The Rev. Dr. Howard-John Wesley, pastor of Alfred Street Baptist Church in Alexandria, Virginia, will deliver the Baccalaureate address at Bennett College inside the Annie Merner Pfeiffer Chapel on Friday, May 3, at 6 p.m.

Wesley is a highly sought speaker and is considered to be one of the most prolific and prophetic voices of justice and social and political issues. Three of his sermons are scheduled to be archived in the faith-based collection of the National Museum of African American History and Culture in Washington, D.C.

“Rev. Dr. Howard-John Wesley is a renowned preacher and scholar,” said Bennett College President Dr. Phyllis Worthy Dawkins. “We are very appreciative of the leadership his congregation has shown in advancing education, not just at Bennett College but across the HBCU community. I know he will provide our graduates, their families and other special guests with a very powerful and insightful message as a part of our Baccalaureate Service. We look forward to having him participate in our 2019 Commencement Weekend activities.”

Alfred Street Baptist Church, a longtime supporter of Historically Black Colleges and Universities, donated $50,000 to the #StandWithBennett campaign, the largest single donation from a faith-based organization. The congregation also contributed $100,000 to cover the remaining tuition and fee balances for 34 seniors graduation from Howard University next month. In addition, the church holds an annual HBCU festival, a premier event that connects students and parents to HBCUs nationwide, and makes an annual contribution of $25,000 to an HBCU.

Under Wesley’s guidance, Alfred Street has grown from about 2,500 members to more than 8,000 members, including many who are Bennett College graduates. The church was frequently attended by President Barack Obama and his family during the Obama administration. Wesley has twice been recognized by The Root as one of the 100 most influential African-Americans in the nation, and in 2016 he received the Chairman’s Award for his work in social justice from the NAACP. In 2016, Alfred Street Baptist Church donated $1 million to the National Museum of African American History & Culture, making them a founding donor and the only faith-based organization to ever donate $1 million to that museum.

Wesley is an avid golfer, movie-goer, spades player and an aspiring chef. He is a member of Kappa Alpha Psi Fraternity, Inc., and his two sons, Howard-John and Cooper Reece, are the greatest joys of his life.

About Alfred Street Baptist Church: Established in 1803, Alfred Street Baptist Church (ASBC) will celebrate its 216th Anniversary in November and is home to one of the oldest African American congregations in the nation. It has served as a prominent religious, educational and cultural organization in the Northern Virginia community for over 200 years. Currently under the esteemed leadership of Rev. Dr. Howard-John Wesley, ASBC has grown from 2,500 members to over 8,000 members with services on Saturday at 6 p.m. and Sunday at 7:30 a.m., 9:30 a.m. and 11:30 a.m. ASBC is also home to the popular Come As You Are (CAYA) worship service. For more information on Alfred Street Baptist Church, visit www.AlfredStreet.org.