Home News From Bennett to Duke: 2019 Valedictorian headed to Durham to obtain master’s from one of the country’s most elite universities 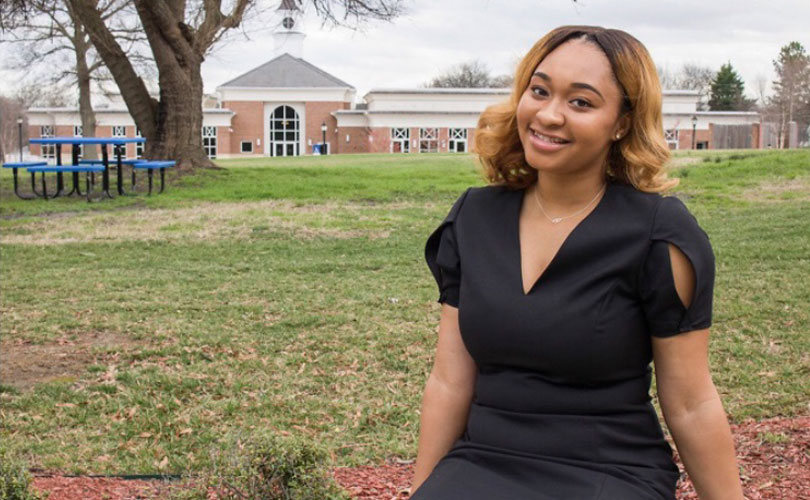 During her valedictorian speech at Commencement, Tyler Binion told her classmates they’re going to be somebody and they’re going places.

In her case, the destination is Duke University.

Binion, who graduated with a perfect 4.0 GPA and served as Senior Class President, has spent about eight hours a day since graduation completing Duke’s MBA math prep course. Her goal is to obtain a master’s degree in management studies from the prestigious institution that’s ranked among the top 10 in the country.

“Tyler is a consummate student who knows where she’s going and tries to position herself to do everything necessary to achieve her goals,” said Dr. Christopher Walson, Chair of Bennett’s Department of Business and Entrepreneurship. “I was not at all surprised when she told me she had gotten into Duke University.”

Walson said he watched Binion mature during her time at Bennett, where she started the Wonder Girls Mentorship Program that works with Alderman Elementary School fifth graders to increase their self-esteem while exposing them to college in hopes that they will one day enroll.

Binion said her mother, Shani Johnson, is her inspiration.

“My mom was a single parent and she had me when she was 22, the same age I am now,” Binion said. “She has worked hard despite the challenges she’s faced, and I strive to do well, in part, because of the excellent example she has set for me.”

For now, Binion has her sights set on doing well at Duke, which she wanted to attend because of the tremendous opportunities it affords.

“The Fuqua School of Business is one of the top business schools in the country, and I thought that obtaining a master’s degree through its program would help accelerate me in pursuit of my career aspirations,” said Binon, who wants to work in business development or program management. “I’m excited and I’m nervous, but I feel like this is going to help even more to make me the person I want to be.”

Binion is confident Bennett has prepared her for the rigors of Duke.

“Bennett has prepared me by giving me the knowledge to know that I’m good enough,” she said. “Because of Bennett, I have what it takes to network with people and to stand out and not hide. I’ve become stronger at Bennett, and I know that I’m capable of doing whatever I want to accomplish and won’t let the fact that I’m one of the few black women in the program make me feel as though I’m less than.”

As for Commencement, Binion said the day was everything she expected – and more.

“I was happy and nervous at Commencement, but as soon as I got on the stage and I started to pump myself up all of the nervousness went away,” she said. “And Dr. Kwanza Jones’ gift was truly amazing. I’ll never forget that she blessed each of us with pocketbooks and $500 VISA gift cards. I thought that was awesome, and I plan to use mine on my education at Duke.”