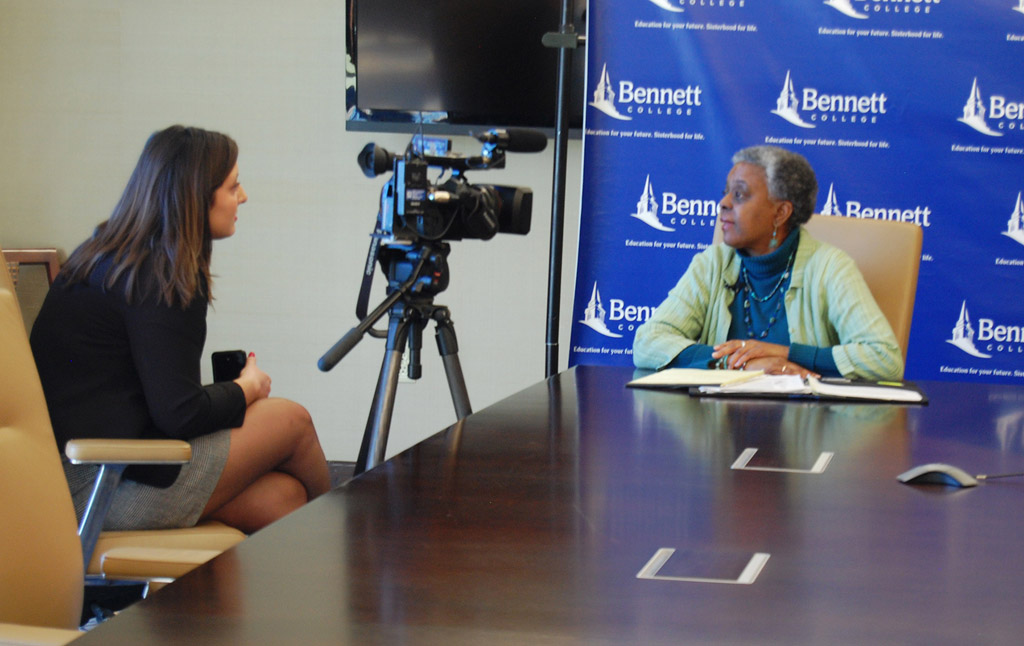 GREENSBORO, N.C. – The Time’s Up movement, formed just weeks ago but sweeping the nation by the minute, was a hot topic at Sunday’s Golden Globes ceremony, particularly after media icon/billionaire Oprah Winfrey made it the focus of her acceptance speech for the Cecil B. DeMille award for lifetime achievement.

The Movement has been endorsed by hundreds of celebrities, including some of Hollywood’s biggest names, since women from all walks of life have gone public during the past few months with their experiences of being sexually harassed or assaulted.

Some are labeling Time’s Up a spinoff or extension of the #Metoo movement, spawned after allegations of sexual harassment and sexual assault against movie producer Harvey Weinstein were made public. The allegations against Weinstein go back decades, and since they surfaced similar allegations have also been levied against other Hollywood types, politicians and powerful businessmen – some of whom have resigned or retired.

Spectrum News, a statewide cable news channel that’s headquartered in Raleigh, was formerly called Time Warner Cable News and News 14 Carolina. It’s only fitting that the station reached out to Bennett College for insight about Time’s Up given Bennett is one of only two all-women’s HBCUs in the nation.

Johnson, long a champion for women’s rights and issues that directly impact women, didn’t hesitate when asked to speak on camera about Time’s Up. Neither did Dawkins nor Patterson.

“This has been a long time coming,” Johnson said. “There have been many different ways in which black women have weighed in on this issue…We can think back to this time last year when women held a march in Washington, D.C., to protest issues of gender equality…”

Johnson said she welcomes helping Bennett students understand the significance of the Time’s Up movement and looks forward to enlightened discussions about it with her colleagues across the country.

Dawkins said the timing of #Metoo and Time’s Up couldn’t be better, particularly given the current political climate in the U.S. She said Winfrey’s speech during last week’s Golden Globes “has opened up the opportunity for women to talk about sexual harassment and sexual assault” in ways they couldn’t before.

“Across the country and the world, we must educate women about how they handle issues stemming from sexual harassment and sexual assault,” Dawkins said. “Many, many women have gone through this, including myself. At Bennett College, our four foci areas are competent and confident leaders, global citizenship, entrepreneurship and communication. After meeting with my Student Affairs staff, we’re going to determine the best ways to encourage our students to open up and talk about this issue … and ultimately integrate some of our learnings into our classrooms and lectures. We’re also going to change the way we conduct new-student orientation.”

Patterson, a senior double majoring in biology and Africana Women’s Studies, said she initially considered the #Metoo and Time’s Up movements intimidating but now fully embraces them.

“It’s empowering to know women who have faced these types of issues are speaking out against it,” said Patterson of Columbia, South Carolina. “A lot of students across the country have come out against the sexual harassment and sexual assault that has been perpetrated against them, and I think it’s great that the celebrities are involved because it humanizes them and makes the rest of us feel that if they can speak out about it then we can speak out about it, too.”

When asked why she thinks the Time’s Up movement has gained so much traction, Patterson didn’t flinch: “I think women are just tired of the inequality they face. Enough is enough.”

“Coach McDougle,” former longtime professor at Bennett, makes a contribution and encourages others to give as well