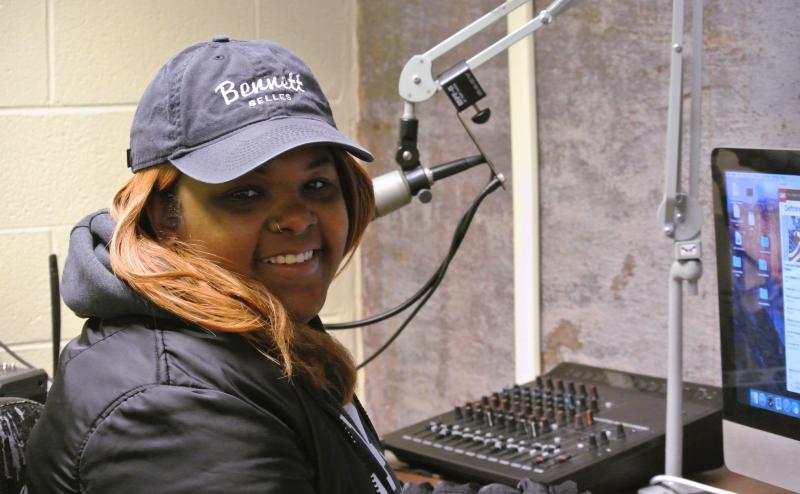 Bennett College junior Azuree Bateman was recently interviewed by 88.5 WFDD about her participation in the Women’s March in Greensboro, NC, and thoughts on living under a Trump presidency. Here is some of the transcript below:

Today we present the first story in our new series, “The Road Ahead,” in which we bring you the voices of real people from across the political spectrum. It’s your neighbors, sharing their hopes and fears about the new Trump administration.

A few weeks ago, the Women’s March in Greensboro and around the country suggested there’s a growing resistance against the policies of President Donald Trump, and Bennett College junior Azuree Bateman is part of that resistance.

Bateman is a hard-working student, a journalist, and an activist. Plus, she loves movies, especially those based on books.

“So like, Their Eyes Were Watching God, To Kill a Mockingbird… But my all time favorite would have to be Back to the Future,” she says.

Bateman doesn’t just seek out drama on the big screen. She’s also found it in politics as both a reporter and organizer with a passion for social justice issues. That work has become more urgent for her since Donald Trump won the presidency.

“Election night was just…it was a roller coaster of emotions,” she says.

Visit WFDD to listen to the interview.