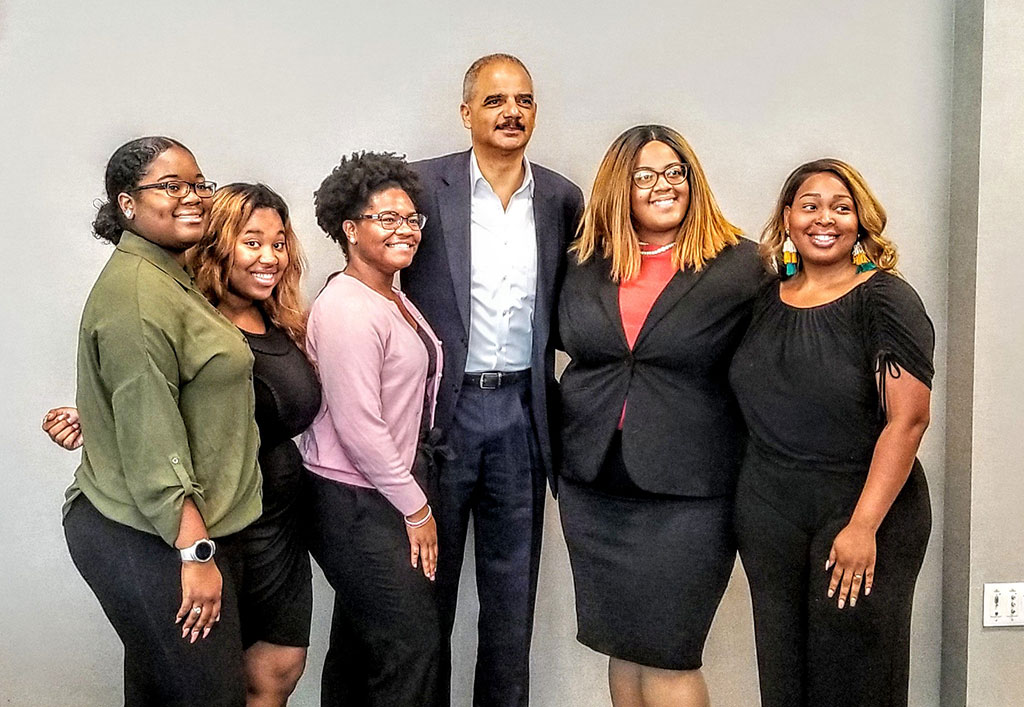 Five Bennett College students met with former U.S. Attorney General Eric H. Holder Jr. on Oct. 9 at N.C. A&T State University. Holder had an interactive discussion with the students about local, national and global issues affecting their lives and encouraged them to vote.

“Your future is at stake with this November election,” Holder said inside the Chancellor’s Dining Room in Williams Dining Hall. “This is a time for action, not despair.”

Holder is considering a bid for the presidency in 2020. He became the United States’ first African-American Attorney General when former President Barack Obama appointed him to the Cabinet post.

Students asked Holder a number of questions on topics ranging from gerrymandering to the “money-bail” challenge to his view on the roles of HBCUs to feasible and rational solutions to the United States’ current immigration policy.

At meeting’s end, Holder told the students they should never lose hope but instead they should determine how to get and stay involved in social and economic justice activities and programs in their communities.

“I was inspired by the conversation with Mr. Holder,” said Bennett senior Waynisha Gaston, a business administration major from Los Angeles. “As a student from California, I appreciated Mr. Holder’s comments about the purpose of our Immigration and Customs Enforcement (ICE) agency and how it can be reformed do a better job. Mr. Holder also said that as HBCU students we have a historic civic responsibility to vote against laws that would oppress people of color.”

“Former Attorney General Holder told the students that they have the power and skills to make the nation more just and fair,” McLucas said. “His statement supports Bennett College’s mission, which in part encourages students to become more civically engaged.”