Home News Bennett College is all About Love: This Valentine’s Day we are celebrating our ABOUT LOVE scholars 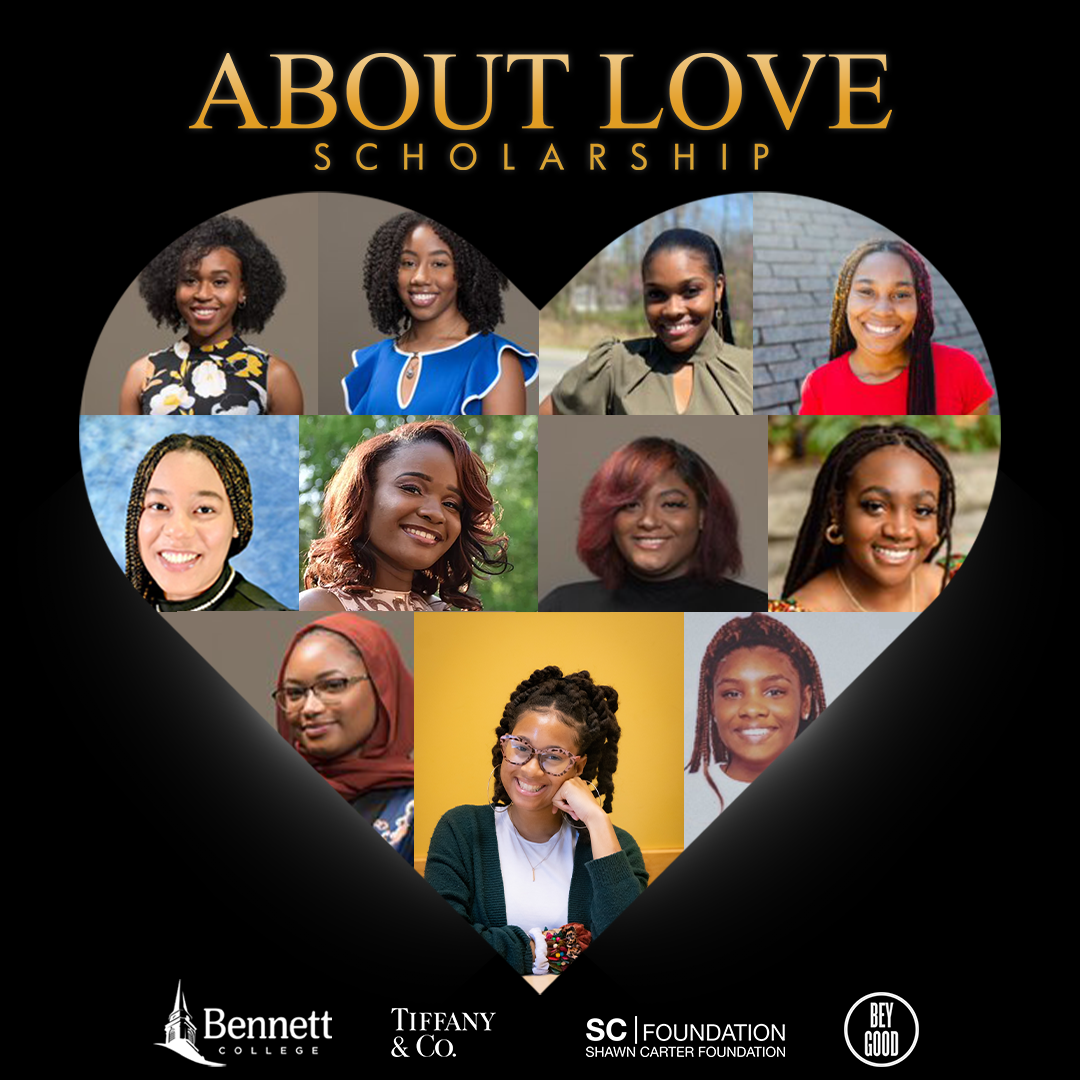 The ABOUT LOVE Scholarship, supported by Tiffany & CO., Beyoncé and JAY-Z is for
students pursuing degrees in creative fields at five small historically Black colleges and
universities (HBCUs).

Greensboro, N.C., – This February, Bennett College is pleased to celebrate its 11 ABOUT LOVE Scholars funded by Tiffany and Co., BeyGOOD, and the Shawn Carter Foundation. As
part of Tiffany’s ABOUT LOVE campaign starring The Crazy in Love Carters (Beyoncé and JAY-Z), Bennett College received $400,000 in scholarship funding over four years for students in the creative fields, history, and communications.

According to President Suzanne Walsh, the Carters’ and Tiffany and Co.’s focus on the arts at historically Black colleges and universities (HBCUs) is visionary. “Everyone loves STEM,” she explains, “but the arts also play a critical role in society and in social change.” Tennille Foust, Associate Professor and Coordinator of Bennett’s Theatre Program, puts it in Queen Bey’s terms: “The arts hold the blueprint for who runs the world.”

The Carters are known for supporting HBCUs through their respective foundations and most famously, Beyoncé’s iconic 2018 Coachella performance, where her backup performers represented HBCUs from across the country. Her homage to Black Homecoming culture was later immortalized in the 2019 Netflix documentary “Homecoming”. Bennett is planning its own homage for Ebony Soul, the college’s annual spring celebration of students. Foust, who led the
scholarship review, wants to use Beyoncé’s and JAY-Z’s music to showcase the awardees
“[whose talents] blew us away!” 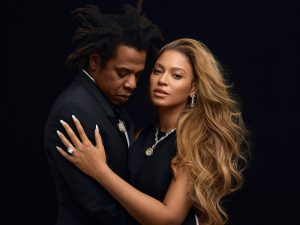 Beyoncé and JAY-Z for the Tiffany & Co. fall 2021 ABOUT LOVE campaign, shot by Mason Poole.

Last March, Bennett’s Board approved a new strategic direction, which included creating a new model of “micro college”. This model, and the emphasis on providing a personalized experience, creates a strong sense of community. Foust reports that everyone is rejoicing for “our sisters in the arts thanks to this investment.” After all, she stresses, “artists make it possible for us to discover who we are.”

Bennett College, located in Greensboro, North Carolina, is one of only two all-women’s historically Black colleges and universities (HBCUs) in the US. Founded in 1873 by a group of formerly enslaved individuals, Bennett became single sex in 1926 and has since graduated more than 5,000 women, known as Bennett Belles. A “micro college”, Bennett has a mission to prepare women of color through a transformative liberal arts education to lead with purpose, integrity, and a strong sense of self-worth.

Founded in 2013 during The Mrs. Carter Show World Tour, BeyGOOD is the philanthropic arm of Beyoncé’s charitable heart. Through impactful partnerships, BeyGOOD’s mission is to set an example of giving back and paying it forward, while empowering others to do the same in their own communities. To date, BeyGOOD has been instrumental in programs throughout the globe, including the US, South Africa, Haiti, Burundi, Australia, and the Caribbean. Their focus areas are education, health, housing, water scarcity, disaster relief, and more.

About The Shawn Carter Foundation:

Gloria Carter and her son, Shawn “JAY-Z” Carter, founded the Shawn Carter Foundation (SCF) as a public charity in 2003. The mission of SCF is to help individuals facing socio-economic hardships further their education at postsecondary institutions, thereby significantly increasing the educational, social, and economic prospects of traditionally underserved students to become positive contributors to the global community. Since the Foundation’s inception, over $17MM has supported initiatives to empower young adults and communities in need.

Tiffany & Co., founded in New York City in 1837 by Charles Lewis Tiffany, is a global luxury jeweler with more than 300 retail stores worldwide, and a workforce of more than 13,000 employees. Tiffany & Co. and its subsidiaries design, manufacture, and market jewelry, watches, and luxury accessories. The company has a long-standing commitment to conducting its business responsibly, sustaining the natural environment, prioritizing diversity and inclusion, and positively impacting the communities in which it operates.