Home News Bennett College Provost Dr. Dorothy Browne joins other HBCU leaders for frank discussion; Taping will air on Feb. 19 before premiere of “Tell Them We Are Rising” 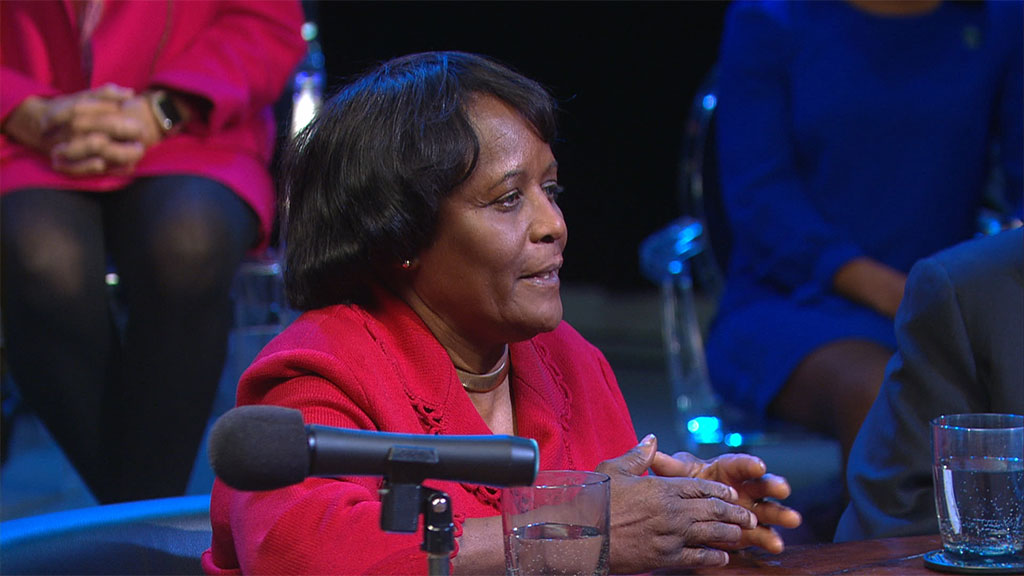 “I always told my colleagues at predominantly white institutions that we’re not deficient. We’re different,” Browne said. “We take a lot of students that are first-generation and who wouldn’t be in college if they weren’t given financial assistance and other support they need. We mold and develop them. I think all of us can cite examples of students who attended HBCUs and who have gone on to become leaders and significant players on the world stage.”

Browne spoke on Jan. 30 during a roundtable discussion at UNC-TV in Research Triangle Park, with other HBCU leaders. She was filling in for Bennett College President Dr. Phyllis Worthy Dawkins, who couldn’t attend because she was participating at Yale University’s Higher Education Leadership Summit, which this year was themed Higher Education’s Worldly Wisdom: Global Reach and What We Teach.

Browne’s comment was in response to a question by moderator Deborah Holt-Noel, UNC-TV’s host and producer of its popular shows, “North Carolina Weekend” and “Black Issues Forum.” Noel began the discussion by asking whether HBCUs are relevant; a question that has surfaced in recent years and understandably riles HBCU proponents.

Noel agreed with Browne’s assessment, saying, “When you’re able to take someone whose path was headed in a different direction and turn him or her around…that’s creative and powerful.”

The roundtable discussion will air on UNC-TV at 9 p.m. on February 19, just before the channel premieres “Tell Them We Are Rising,” an acclaimed documentary by Stanley Nelson, Jr. that chronicles the history and legacy of HBCUs. During the taping, clips from the documentary were shown.

During their hour-long conversation, the leaders discussed the economic impact their institutions have in their communities. They also talked about the influence their institutions have on social justice in the country. For example, in what is widely considered the start of the sit-ins, four North Carolina A&T State University students protested racial discrimination at a downtown Greensboro Woolworth’s lunch counter, on Feb. 1, 1960, as Bennett Belles carried signs and marched outside the drugstore in solidarity with them.

Browne referenced Anita Hill during the roundtable, saying she was the first woman to tackle sexual harassment in the workplace by going public in 1991 with allegations of sexual harassment against her boss, Clarence Thomas, at the time a nominee for the U.S. Supreme Court. Efforts to bring Hill to Bennett for a lecture are underway.

Browne, also Bennett’s vice president for academic affairs and student affairs, said she enjoyed the discussion but wishes it could have been longer.

“I appreciate the opportunity to fill in for President Dawkins at such an important event,” Browne said. “HBCU leaders must continue educating people about the profound value of our institutions. My Ph.D. is from Harvard University, but my undergraduate degree is from Bennett College. HBCUs are vital to the fabric of American education. Likewise, they produce some of the most successful people in the world, and Bennett College is no exception.”