Home News “Coach McDougle,” former longtime professor at Bennett, makes a contribution and encourages others to give as well 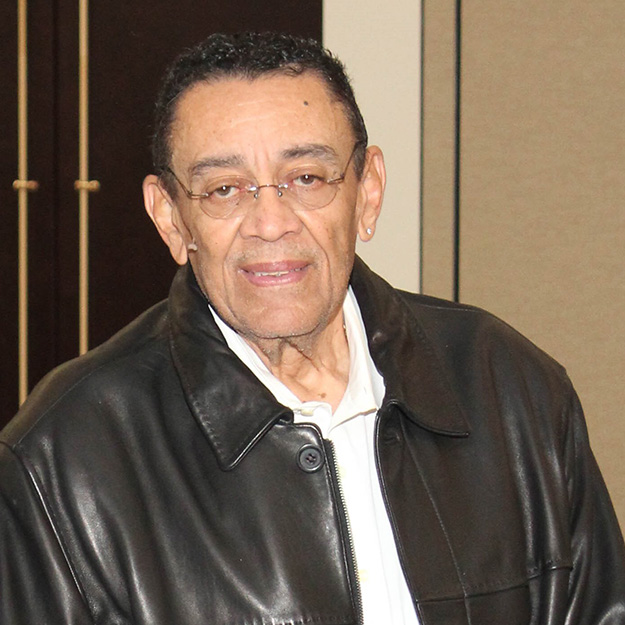 Leon J. McDougle, Jr. taught at Bennett College for 39 years, retiring in 2005. Yet although he’s been gone from Bennett for 12 years, his love of the Institution remains.

So much so that on Dec. 9 during the UNCF Black & White Day Party Scholarship Fundraiser, held inside the Global Learning Center, McDougle and his wife Renee donated $5,000 to his former employer.

And now, McDougle is challenging his former colleagues to give to Bennett, too.

“Too many people have worked too hard and have been too dedicated to this Institution to idly sit back and let it close,” McDougle said. “My wife and I gave that $5,000 in recognition of former President Dr. Gloria Randall Scott. We didn’t always agree with everything she did, but she kept this college open, and she treated us all the same. She was very dedicated to the faculty, and I think she really cared for Bennett and still does. I’m challenging all former Bennett faculty members and current faculty members to give to Bennett.”

Bennett College President Dr. Phyllis Worthy Dawkins said she’s grateful to McDougle for making a donation to Bennett and for encouraging other former faculty members to do so.

“I know I speak on behalf of the Bennett College Board of Trustees and the entire Bennett family when I say we truly appreciate Mr. McDougle,” Dawkins said. “He has given to Bennett at a critical juncture in our history as we try to raise a significant amount of money. Likewise, he’s challenging other former Bennett professors, as well as current ones, to do the same.”

He said there wasn’t much about Bennett that he didn’t like.

“Bennett was a special place,” McDougle said. “I got a chance to sit back and watch a lot of students develop. Bennett has a lot of traditions that other schools didn’t have that impressed me. I think being a single-sex school is good for Bennett.”

McDougle served as the head basketball coach for about seven years at Bennett, and two of his teams were nationally ranked in the former Association for Intercollegiate Athletics for Women (AIAW) Conference. McDougle also served as Director of Public Safety while at Bennett.

He said he misses Bennett and his former colleagues, including Dr. Ray Treadway, who taught at Bennett in the math department for 35 years and, after retiring in 2003, continued to work at the Institution part-time while running an NSF Grant and teaching one or two math courses per semester for five additional years.
“Mr. McDougle was a very faithful faculty member for years and years while I was there at Bennett,” said Treadway. “He was active in many events and worked with the students in a very helpful way. I was glad to be his colleague.”

Treadway hasn’t been in contact with McDougle in about 10 years but said he’s not surprised to hear that his former colleague donated to the College – because of his loyalty to Bennett. He said he thinks McDougle’s challenge “is an excellent idea for a fundraising project for the College.”

So does Steve Willis, interim provost and Vice President for Academic Affairs at Bennett, who worked with McDougle for a few years before he retired.

“Mr. McDougle was a very dedicated faculty member, and the students really liked him,” Willis said. “He was also a great colleague. I’m not surprised by his donation to Bennett or his challenge to former and current faculty members because he truly cares about the institution. I hope those who can respond favorably to his challenge.”

Bennett administrators, student interviewed by local TV station about the Time's Up Movement

From Los Angeles to Greensboro: Bennett College transfer makes the most of her time as a Belle