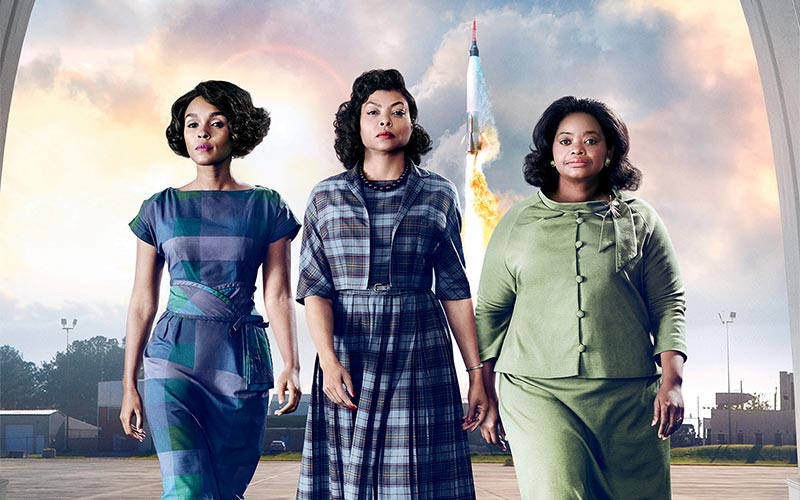 The youngest daughter of Katherine G. Johnson, subject of the blockbuster movie “Hidden Figures,” will deliver the Charter Day Convocation address at Bennett College on March 23. Charter Day begins at 11 a.m. inside the Annie Merner Pfeiffer Chapel. The public is invited.

Bennett College alumna Katherine G. Moore will share her story, as well as that of Johnson, who has become a household name since the opening of “Hidden Figures”. The movie chronicles the story of three mathematically and technologically brilliant African-American women who work at NASA’s segregated facilities in Virginia in the 1960s while the U.S. battles Russia in the space race.

Johnson, portrayed by actress Taraji P. Henson, was a mathematician and physicist from White Sulphur Springs, West Virginia, who calculated flight trajectories for Project Mercury and other missions. The movie also stars Octavia Spencer as Dorothy Vaughan and Janelle Monae as Mary Jackson and features Kevin Costner and Kirsten Dunst.

Moore, who lives in Greensboro, said she enjoyed the two years she spent at Bennett College, where she was active in the Sit-ins, worked in the business office and served as a marshal. Before retiring she enjoyed a 33-year education career, during which time she taught and worked as a guidance counselor. Moore is a member of St. James Presbyterian Church in Greensboro, where she serves as a deacon, a Stephen Minister, a member of Presbyterian Women, a member of the Grace Brown Circle (Bible study) and a member of the Inspirational Ensemble Choir.

The success of “Hidden Figures” has given Moore a new passion – serving as the family spokesperson for the life and legacy of her mother. She said she’s excited about speaking at Bennett College, an institution for which she has fond memories.

“I thoroughly enjoyed my time at Bennett College and look forward to attending the Charter Day Convocation to share mom’s story,” Moore said. “The attention mom has gotten since the movie’s release has been overwhelming, but I’m happy about the way all Americans and not just African-Americans have lovingly embraced her story, as well as that of Dorothy Vaughan and Mary Jackson. Theirs is a story that certainly deserved to be told.”

“Hidden Figures is phenomenal, and we’re ecstatic Moore has accepted our invitation to speak at Bennett on March 23,” Dawkins said. “We anticipate having students from area colleges and universities in attendance, and possibly some high school students. I’m grateful Bennett College can provide an opportunity for the community to hear Moore talk about her mother, a woman who’s truly an inspiration and role model to people, particularly women and young girls. It should be a great event.” Dr. Dawkins, other HBCU leaders meet with members of Congress