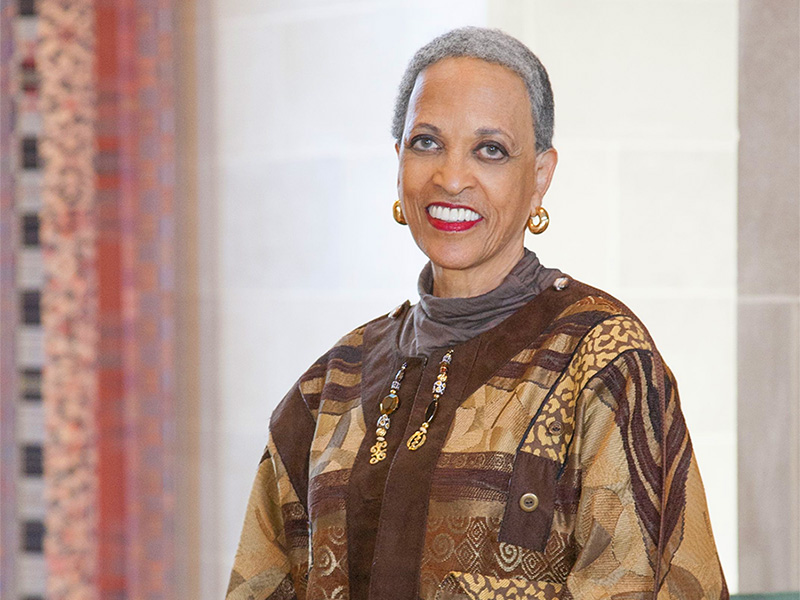 Founder’s Day begins at 3 p.m. inside the Annie Merner Pfeiffer Chapel. The public is invited.

“We are delighted to have Dr. Cole deliver our Founder’s Day address next month,” said Bennett College President Dr. Phyllis Worthy Dawkins. “Dr. Cole is an outstanding educator and leader, and I am certain she will deliver a profound and enlightening message to our students, faculty, staff, alumnae and friends. Furthermore, she is an excellent orator, and I am sure everyone who hears her speech on September 10 will long remember it.”

After the Founder’s Day Convocation, a ribbon-cutting ceremony will be held to commemorate the naming of the Johnnetta Betsch Cole Honors Residence Hall. There will also be a silent auction and a reception.

In May, officials announced a $1.5 million Johnnetta Betsch Cole Scholars Campaign, for which a Crowdfunding Campaign will be officially launched on September 10. Money raised from the campaign will be used for scholarships for honors students who reside in the residence hall bearing Cole’s name.

Donations may be made to the campaign now by visiting grow.bennett.edu/drcolescholarship.

“Our Founder’s Day Convocation is one of our most sacred events at Bennett College,” Dawkins said. “But this year’s celebration will be even more special because of what will occur afterward. I anticipate having a large crowd on hand, and we welcome people in Greensboro and surrounding cities, as well as people from other parts of North Carolina and beyond, to come out and fellowship with us and support us on September 10.”

Bennett College is one of only two all-women’s historically black colleges and universities in the country, and Cole has the distinction of having served as president of both. She made history in 1987 when she became the first African-American woman to serve as president of Spelman College. While at Spelman, Cole built the institution’s endowment through a $113 million capital campaign, significantly increased enrollment and raised the institution’s overall ranking.

At Bennett, Cole oversaw a $50 million capital campaign, the creation of programs in African Women’s Studies and Global Studies, established an art gallery and founded the Johnnetta B. Cole Global Diversity and Inclusion Institute. She said she is honored to deliver the 2017

Founder’s Day address at Bennett, which was founded in 1873 as a coed institution and became women’s only in 1926. It is named after Lyman G. Bennett, a Troy, New York, businessman who gave $10,000 to black parishioners of the Methodist Church of Greensboro, who used it to buy land and a building large enough to house classrooms and a dormitory.

A statement from President Dawkins on Hurricane Harvey