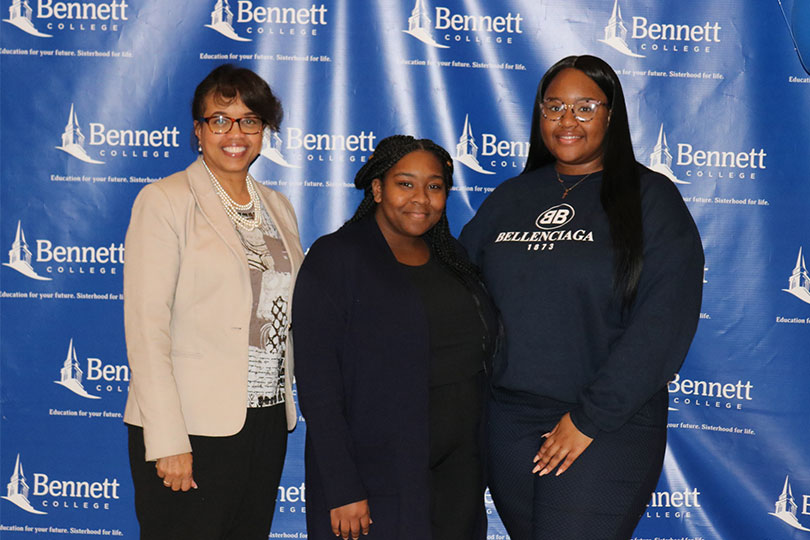 Professor Tammy McNeil’s unique approach to teaching gives students’ real-world experience, increased confidence… and a certificate. She uses Stukent’s Mimic Pro digital marketing simulation, an online simulator that mirrors the responsibilities of a digital marketer, and traditional teaching methods to help her students learn to run an ecommerce business. Students manage an online ad campaign of roughly $50,000, competing with their classmates to earn the highest revenues and profits each round.

McNeil teaches four business courses, all of which use simulations: “I wanted to do something different than lectures and tests—I wanted to give students an experience they could get from an internship, especially if they were unable to get one.” Her appreciation for simulations is also rooted in their ability to teach each student in her particular learning style. In addition to the simulator, she uses chapter readings, tests and group conversations to help students understand the material. Students Janeal Marshall ’20 and Jacquelyn Blake ’20 were in one of Professor McNeil’s fall 2019 courses and earned completion certificates for Stukent’s Mimic Pro digital marketing simulation. Marshall is a business major and business owner, while Blake is a social work major taking a few business classes before graduation. Though their academic studies differ, both women enjoyed the simulation. “Knowing the decisions I made had consequences that changed my results was very cool,” said Blake. “I wish social work had a similar system that assesses and analyzes cases.” Marshall added that it seemed like a real job: “I know I can and will use everything I learned to run my business online.”

An advantage of Mimic Pro is that it provides a safe, low-risk place for mistakes and growth: “Initially I rushed things which isn’t good for business—it takes time to look at the various reports and make an informed decision,” said Marshall. The ability to review earlier rounds made a difference in Blake’s approach: “In the middle of the semester my rank began to drop, so I looked at my previous sales to figure out why. That was when I learned the importance of paying attention to detail. I fixed what I messed up in the beginning and did better.”

The course includes friendly competition to help motivate and teach students. Each round, students were ranked according to whose campaign was most successful. Blake explained her approach to the competition: “I hit the ground running! I thought that being the fastest would help me beat my classmates and it worked—for a little while.” Following the rounds, McNeil made time for her students to discuss how they received their rank: “The competition was intense and our class discussions would become us debating why one method worked better than another, but it was fun and I learned a lot from my peers!” Marshall shared.

Blake and Marshall gained more than marketing skills upon their completion of the course. Marshall explained that she learned her weaknesses and corrected them, “I know now that I need to take my time and to focus on how I word things—wording matters a lot when it comes to digital marketing.” Blake took business classes seeking a challenge and found it McNeil’s class: “Marketing is hard but not impossible; if a social work major can do it, anyone can if they apply themselves.” McNeil is happy with her students’ semester-long growth, sharing “…at first it’s hard and they don’t like it, but by the end they have learned so much and have had fun!”