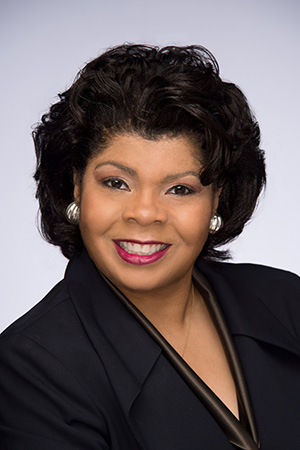 Since the Clinton era, Ryan has been the only black female reporter covering urban issues from the White House. In her “Fabric of America” news blog, Ryan delivers her readership and listeners – millions of African Americans and nearly 300 radio affiliates – a “unique urban and minority perspective in news.”

“We are honored to have a journalist of April Ryan’s professionalism and stature to serve as our 2018 Commencement speaker,” said Bennett College President Dr. Phyllis Worthy Dawkins. “Ms. Ryan has covered the White House for many years and also serves as a CNN political analyst. She is highly knowledgeable and a proud graduate of an HBCU. I am certain she will impart some sage advice to our students, and I look forward to hearing her speech.”

A graduate of Morgan State University, Ryan has been featured in Vogue, Cosmopolitan and Elle magazines, The New York Times, The Washington Post and other publications. Last year, Ryan was named the National Association of Black Journalists (NABJ) Journalist of the Year. She was also named a Terker Fellow with the George Washington University School of Media & Public Affairs in 2017.

Ryan has served on the board of the prestigious White House Correspondents Association, becoming one of only three African Americans in the Association’s 100-year history to do so. She is also an esteemed member of the National Press Club.

A Baltimore native, Ryan gives back to the community by serving as a mentor to aspiring journalists and assisting with developing “up and coming” broadcasters. She considers her life’s greatest work raising her two daughters, Ryan and Grace.